A 354-km highway to be built linking Iran, Iraq 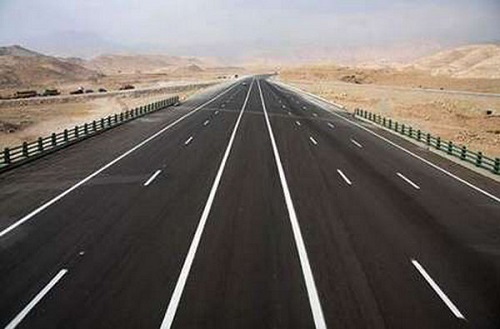 Iranian transport and urban development minister announced that Iran and Iraq have reached a deal on building a 354-kilometer highway between the two countries, Press TV reported.

Mohammad Eslami said that the long highway connecting the city of Mehran on the western Iranian border to the holy city of Najaf in central Iraq will ease traffic across the border and would help boost trade between the two neighboring countries.

“The Mehran-Najaf Highway could be a high-potential road for transit and trade exchanges between the two countries in addition to the function it would have for transporting the pilgrims,” the minister added.

He said that Iranian and Iraqi officials had concluded “initial talks” for building the key road.

A study by the Iranian parliament shows that nearly two million Iraqis visit Iran each year for pilgrimage purposes. The number of Iranians visiting Iraq for a similar reason is around 700,000 although over two million Iranians arrive in Iraq during the Arba'een period, a special religious occasion which takes place in the second month of the Islamic calendar.

Iran and Iraq have massively expanded their trade relations over the past years mainly as a result of deepening political ties between the two neighbors.

Iraq is only second to China in Iran’s list of top export destinations with more than $12 billion worth of goods and services purchased from Iran each year.

Iran has embarked on a series of major transportation projects to facilitate trade with Iraq, including a railway that would connect cities on the southwestern border to the Iraqi port city of Basra.

Iran's Mehran crossing on the border with Iraq, which had been closed since early March due to the outbreak of coronavirus, was reopened on Monday, ISNA reported, quoting the spokesman of the Islamic Republic of Iran's Customs Administration (IRICA).

Latifi said the border is not going to be open every day, and for the current week it will be open only on Monday and Wednesday and as of the next week cargoes will be allowed to cross on Sundays and Wednesdays every week.

According to the official, 250 trucks carrying export goods to Iraq are scheduled to cross this border each day, so a total of 500 trucks will cross the border every week.

Health protocols are strictly applied on Mehran crossing, having all workers use protective equipment and the area and cargo continually disinfected, according to Latifi.

Mehran border crossing was closed in early March due to coronavirus outbreak. Iranian officials were continually talking to Iraqi counterparts to reopen the crossing under health protocols.

Mehran is a major border between Iran and Iraq, and is among the most significant crossings, especially due to its proximity to holy cities in Iraq. Between 500,000 and 600,000 people cross the border at this terminal every year.